The Pros and Cons of an Open Office Plan / Layout It seems people love or hate open office plans. People who love them say they spark collaboration and boost productivity. Detractors say they snuff out creativity and distract employees from their work.

No matter which side of the debate you’re on, open office layouts are one of the most popular designs for modern offices. But is an open office right for you? Here are a few pros and cons to consider before you start tearing down walls or getting rid of your cubicles.

The Upside of an Open Office Plan

Unlike traditional office layouts that are carved up into numerous offices, meeting rooms and rows of cubicles, open office plans seem more inviting and invigorating.

While the open office has become the face of innovation in Silicon Valley with companies like Facebook and Google building offices that are huge collaboration hubs, is being cool a good reason for you to replace your existing office design with an open layout? Probably not, but there are a few sound reasons to consider it.

As you can see, there are some real benefits to open office layouts. But, working in open space also has its drawbacks. Let’s look at a few of the big reasons some people hate open offices.

The Downside of an Open Office Plan

Strive for the Best of Both Worlds

It’s understandable if you’re struggling to figure out whether the disadvantages of open office plans outweigh the potential benefits. It isn’t an easy decision. But there are ways to minimize the downside of open offices by adding flexibility to space.

The ideal office plan incorporates areas for both collaborative and private work.

Think open spaces with group seating, meeting areas with whiteboards and worktables where employees can socialize and collaborate, and closed off areas for quiet tasks and meetings. Flexible design supports dynamic interaction where people can switch between different types of work.

Again, it’s not always easy to find that “just right” balance between open and private spaces. The answer depends on your company culture, the type of employees you have and the kind of work they do.

For instance, things like design work and software development that require constant collaboration are a natural fit for open office plans. On the other hand, if the work requires employees to hold private conversations, such as salespeople who want to have quiet conversations with their clients, open layouts won’t work so well.

The best approach is to be creative with space. Instead of having one massive open space, try to mix things up with huddle spaces, private meeting rooms and smaller collaboration areas. That way, instead of having a one-size-fits-all office layout, you’ll have a space that has something for everyone, whether they’re looking for a quiet place to concentrate or an open area to collaborate with their colleagues.

Already in an open office space? Check out these articles on improving Auditory Privacy or Visual Privacy without sacrificing collaboration! 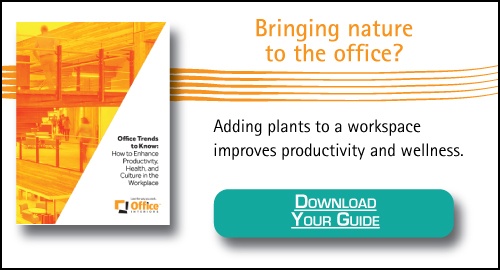 Did you know access to natural light at work can affect your sleep at night? 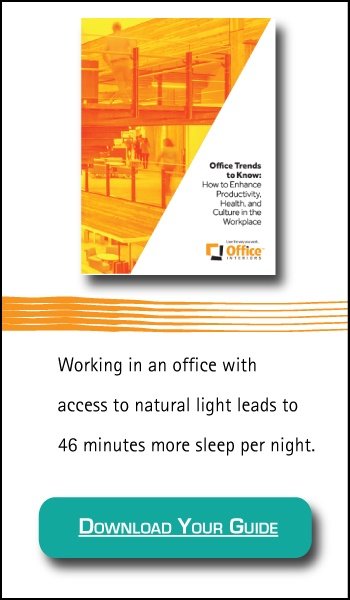